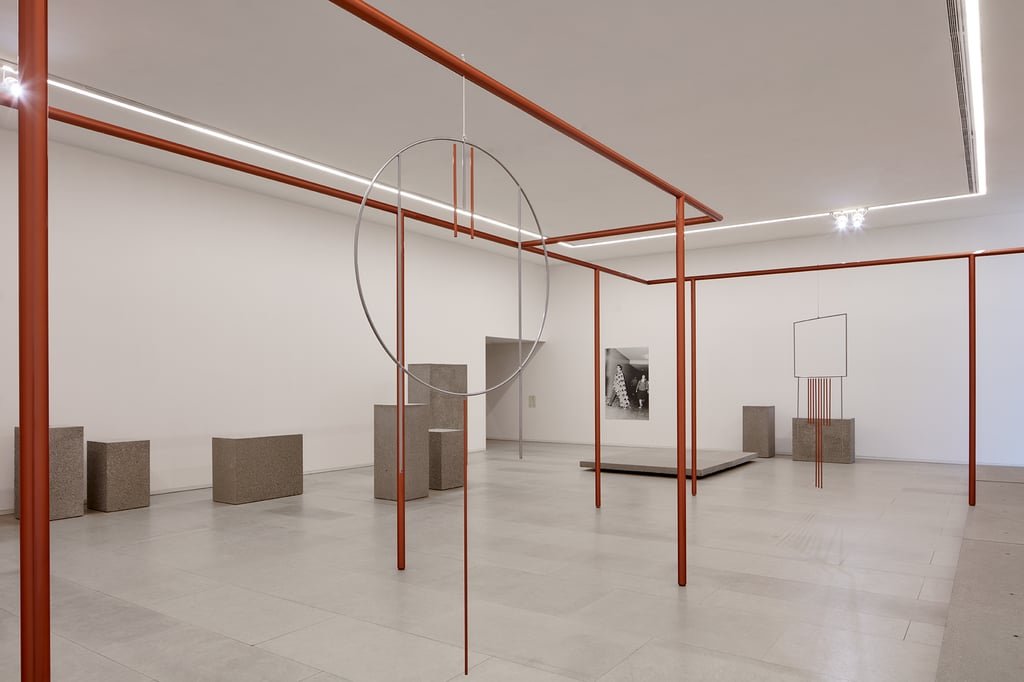 A dialogue with the museum, based on monsters, poetry and insurrections.

The monster is a hybrid being who speaks in a foreign language, a voice that demolishes the stationary and hegemonic meanings and that is even capable of destroying the museum itself. In direct confrontation with the irreversible crisis of objects, both of its origins and of its destiny, the title of this exhibition evokes the image of the monster in order to confabulate on our ability as humans to narrate our time.

The Monster’s Tongue is an intervention by Pedro Barateiro (b. Almada, 1979) that produces an effect of short-circuit between his most emblematic works, a thoughtful selection of objects belonging to the CIAJG’s archives, and also several documents from related to the New State: the National Archive of Torre do Tombo, particularly the Salazar and PIDE archives, but also the personal archives Carlos Antunes and Isabel do Carmo and by João Bénard da Costa, in deposit in the Mário Soares and Maria Barroso Foundation.

The heteroclite nature of the montage in display at the 1st floor of the museum meditates on the idea of “disarrangement” and also that of “resistance”. Some of the archival documents evoke the “tension” between social movements and established power, in this case, of fascism and its colonial project. The choice of the works that belong to the museum’s collection, and which are directly related to José de Guimarães, reveals an extension of the artist’s imaginary. Using poetry as an instrument in order to break the codes of the western narratives and its necropolitics, Pedro Barateiro, in The Monster’s Tongue speculates around the necessity of deprogramming individual and collective imagination in order to generate new circuits of creation and discussion.

See all the exhibitions  ➞

Courtesy of the artist and of Filomena Soares Art Gallery (Lisbon).

Courtesy of the artist and of Filomena Soares Art Gallery (Lisbon).