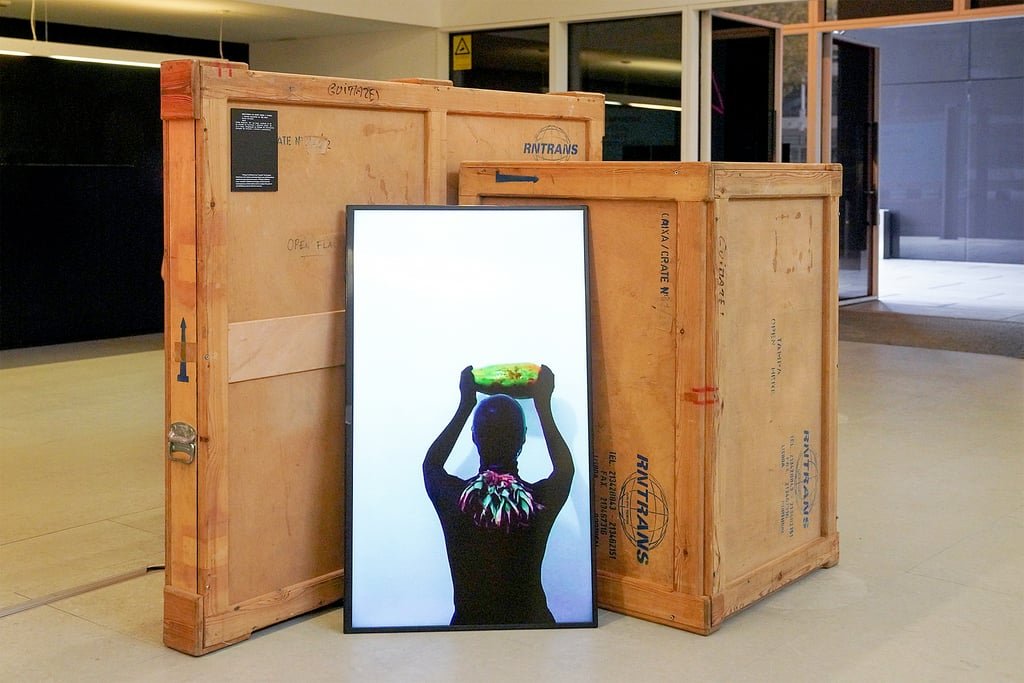 Things in Motion is an “archive” of historical images and of works by contemporary artists. Like the choir of a Greek theatre, it comments on the “dramatic action” which unfolds in the various rooms of the CIAJG’s first floor and alludes to various cross-relationships between ethnography, colonialism, performance, cinema, etc., which seek to analyse the gesture of exhibiting works inside the museum. The films by Sara Santos, Pedro Huel and Darks Miranda question the life of objects and their dysfunctionality and recording. Some of the archive images

refer to historical exhibitions that have shaped the permanence of a colonial “unconscious” among us. Others contextualise the ritual functions of objects, as opposed to “artistic” values. Some images from José de Guimarães’ archives are presented, contextualising various traditions

See all the exhibitions from Heteroclites cycle ➞